MEMF » Nymphomania – carries a risk of acute psychosis and depression

Nymphomania – carries a risk of acute psychosis and depression 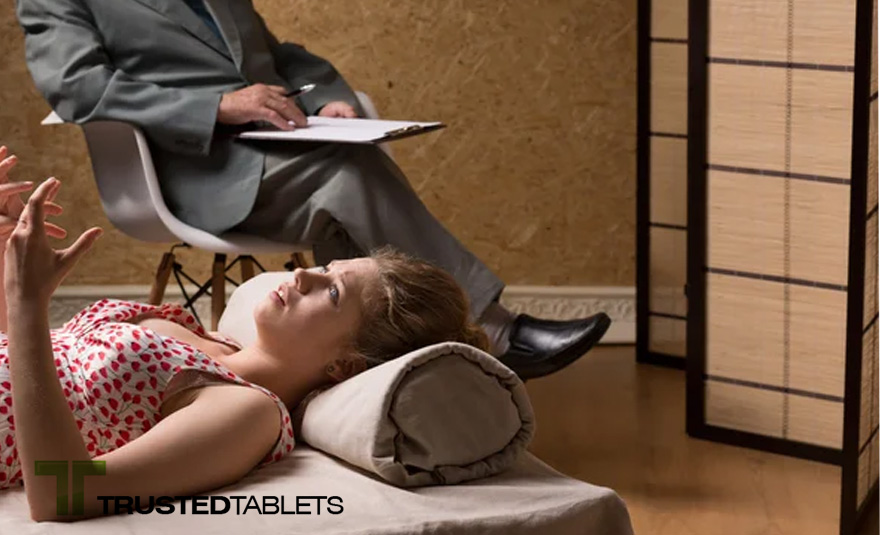 A long-discussed case is whether a woman’s hyperexcitability can result from a hormonal imbalance or some kind of obstetric-gynecological disorder. According to specialists in sexual medicine, the causes of the development of hypersexual syndrome lie in special centers of the brain and carry out their activities by complex and currently little-studied processes.

The connection between hormones and the sexuality of each individual has long been proven. But, according to experts, hypersexuality cannot be linked in close connection with a pronounced hormonal escalation or other imbalance. Rather, this is due to a violation of the body’s tolerance and the reaction of the central nervous system to the production of hormones by the gonads. This is also the main reason that women with perfectly healthy reproductive organs, even without any history of gynecological suffering, may suffer from severe hypersexuality syndrome.

However, in the conditions of modern life, the line between the norm and the disease in relation to sexuality is especially thin, and it is easy for some people to misdiagnose. For example, it is normal for boys and girls to have pronounced hypersexuality, which does not mean at all that in adulthood they will react in the same way to their hormonal production in the body. In practice, hypersexuality is considered a painful condition or an acute crisis only when it begins to cause suffering and trouble to a person. There are, for example, cases when men and women have such an increased libido and desire for sex that this creates a certain disadvantage for maintaining a serious relationship with one sexual partner. Also, some people feel uncomfortable because of their promotions. Sex drive. In sexopathology, a science that studies deviations in sexual development, one can find a disease called nymphomania, which occurs with a very increased libido, pronounced promiscuity, and the absence of any pleasure from sex, which puts people into a state of acute psychosis, mania or depression.

The main symptoms in the development of hypersexuality syndrome are an increase in libido, a constant desire for sex, risky sexual intercourse, promiscuity, the development of sexually transmitted diseases, the frequent occurrence of depressive crises, manic disorders, and acute psychotic complications. The leading symptom in the anamnesis of this type of patient is that they cannot have a serious sexual partner, since sooner or later everyone loses their initial sexual interest and cannot share the sexual pace.

It is not uncommon for erratic behavior and hypersexuality syndrome to cause patients to become asocial and withdrawn. Often, such patients end many years of friendship with loved ones and often share that no one can understand them.

What should people do who are worried about their increased sex drive?

Increased libido, or hypersexuality, can only be considered a disease when patients seek help in solving their problems. In the beginning, treatment can be carried out with psychotropic drugs or hormonal therapy. Examinations are prescribed by a specialist in sexual medicine. Ladies concerned about their increased sexual desire, it is appropriate to seek the advice of a psychotherapist as soon as possible, who, if he makes a decision, will refer the matter to a psychiatrist. The latter specialist additionally recommends a study of hormonal production and a thorough examination of the reproductive organs for abnormalities.

Another common sexual disorder is the appearance of frigidity. Frigidity is a mental illness that can be quickly and easily controlled only if you deny any birth trauma that leads to a violation or lack of production of sex hormones. Often, frigidity, as a sexual disorder, can occur with the phenomena of vaginismus – painful contractions of the vagina when trying to have sexual intercourse, as well as with the development of the syndrome of painful intercourse – the absence of discharge from the walls of the vagina, which is due to disturbances in the perception of the level of central hormones.