MEMF » How is genital herpes treated?

How is genital herpes treated? 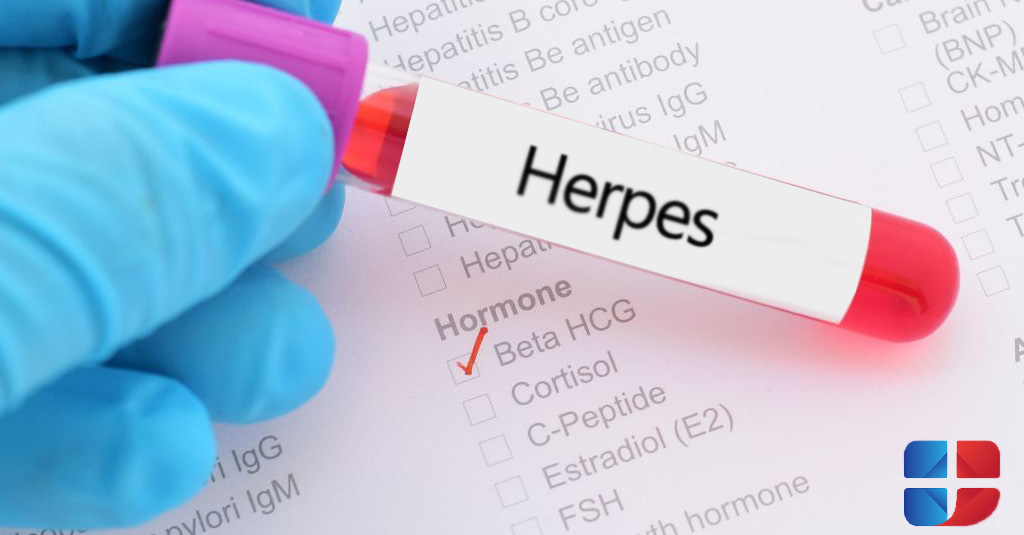 Genital herpes – what are its symptoms and how is it treated?

Genital herpes is a sexually transmitted infection that, according to the World Health Organization (WHO), occurs in 13% of adults of reproductive age. It is mainly caused by herpes simplex virus type 2 (HSV-2), less commonly by herpes simplex virus type 1 (HSV-1). HSV-1 is characterized by the fact that it mainly causes oral herpes, although it can rarely cause complaints of a genital nature. What is interesting about genital herpes is that the infection persists throughout life, with periods of suppression (latency) and reactivation of the virus.

HSV-2 belongs to the Herpesviridae family, which includes DNA viruses. The spread of this type of virus occurs through sexual contact with a seropositive patient in the active stage of infection. In pregnant women with active genital herpes, the infection can also be passed to the newborn during vaginal delivery, leading to the development of neonatal herpes. Genital herpes has a tropism for the epithelial cells of the genital organs, where it multiplies intracellularly. After 10-14 days, the virus migrates to sensory neurons, where it is activated under certain conditions.

Risk factors for contracting genital herpes are multiple sexual partners, casual sex with strangers, and the non-use of protective equipment (condoms) during intercourse, the frequency is higher among homosexual couples. It has been found that genital herpes is more common in women due to the easier transmission of the infection from men to women than vice versa.

There are two forms of genital herpes: primary genital herpes and recurrent infection. Genital herpes is defined as primary, manifesting symptomatically for the first time in the corresponding patient, or asymptomatic, but with a positive serological test. Recurrent infection is defined as an infection that reactivates after an existing first episode. It is characteristic of the primary symptomatic episode that it is significantly more painful and unpleasant in terms of symptoms compared to subsequent recurrent episodes.

Herpes can be symptomatic or asymptomatic. A characteristic symptom of genital herpes is painful ulceration of the genital organs, appearing after an incubation period of 10 to 14 days. Lesions are usually pustular or vesicular ulcers that are multiple, bilateral, and may coalesce. Other symptoms include redness, swelling, itching around the vulva, and pain and burning when urinating (dysuria). There are also symptoms of general malaise – nausea, vomiting, headache, and fever.

What complications can genital herpes lead to?

Patients suffering from genital herpes have been found to have a much higher risk of contracting HIV. About 60-90% of patients with acquired immunodeficiency syndrome (AIDS) are carriers of HSV-2. For this reason, all patients with genital herpes should also be tested for HIV. Another complication that may arise is the development of aseptic meningitis. Any part of the nervous system can be affected. A serious complication that affects newborns is the development of neonatal herpes during vaginal delivery.

The diagnosis can be made by taking a secret from the lesions of the genital organs, but a more reliable and widely used method is the PCR method or a serological test for the detection of IgM and IgG antibodies.

How to treat genital herpes and is a complete cure possible?

Genital herpes is a sexually transmitted disease that increases the risk of HIV infection and occurs with the appearance of painful rashes on the genitals. It is critical to limit its spread by using condoms during sexual contact, limiting sexual contact during an active infection, and taking prophylactic antivirals for recurrent infections.