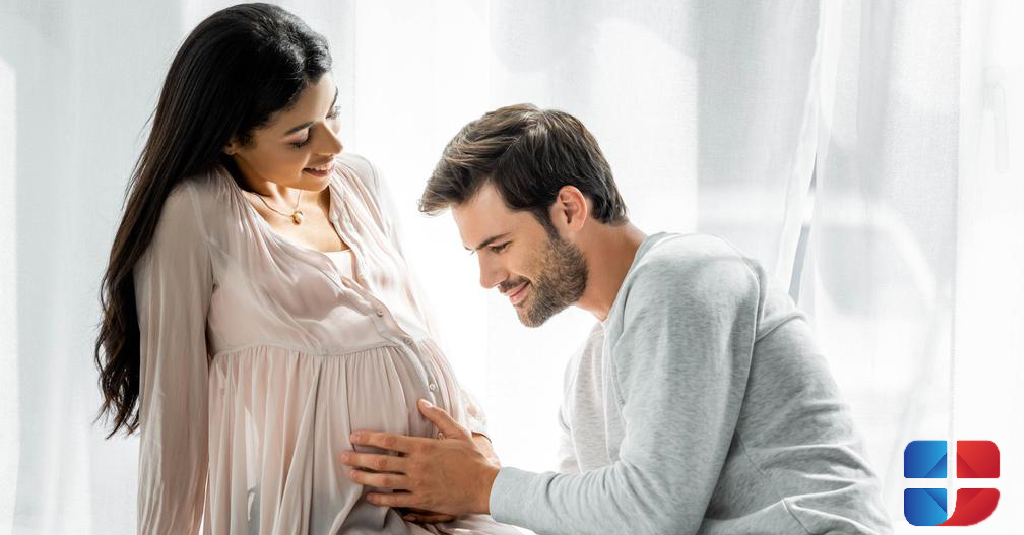 Pregnancy is a period of a woman’s life during which there are numerous changes in the mother’s body, and in the physical and emotional state of the woman. When the pregnancy proceeds normally and without complications, continuation, but with attention to the usual hobbies and activities, is not contraindicated, but even desirable.

However, what about sex during pregnancy?

Sex during pregnancy without complications is not prohibited, but vice versa – sexual contacts help the pregnant woman to cheer up and more smoothly adapt to the upcoming changes both in appearance and on an emotional level. There is a difference in the frequency of sexual intercourse during the three trimesters of pregnancy, as well as a difference in desire among pregnant women. Some pregnant women experience an increase in libido, while for others, pregnancy is a period of decreased libido.

Increased sex drive during pregnancy, in general, can be explained by increased levels of estrogen and progesterone during this period, as well as increased blood flow to the genital area, which in turn leads to much stronger sexual experiences. On the other hand, a decrease in libido can be observed in women who experience the most common ailments during the first trimester of pregnancy – constant nausea, vomiting, general malaise and loss of energy, increased drowsiness, and heartburn, etc.

Unpleasant symptoms in the first trimester of pregnancy are one of the reasons for the decrease in sexual activity in women. Another reason may be the fear of miscarriage during this “risky” period. In the absence of concomitant complications, sexual intercourse cannot lead to spontaneous abortion, and pregnancy is not a reason to limit them.

The second trimester of pregnancy is characterized mainly by increased sexual desire in women. The reason for this is the passage of unpleasant symptoms of the first trimester, increased energy levels, not-so-big belly, and weight loss. Human chorionic gonadotropin levels begin to decline, while estrogen and progesterone levels rise, which contributes to increased libido, stronger orgasms, and increased sensitivity.

The third trimester of pregnancy is characterized by a repeated decrease in libido. This is due to weight gain and associated symptoms of lower back pain, swelling, easy fatigue, lack of quality sleep, increasing shortness of breath, reflux, etc. According to some doctors, sex in the last months of pregnancy may be a reason to induce labor due to prostaglandins contained in seminal fluid. For this reason, during transmission, many gynecologists recommend frequent intercourse.

In addition to the prohibition on the part of the obstetrician-gynecologist, the reason for the lack of sexual intercourse during pregnancy may be the fear of the partner having them. Many fathers believe that sex can harm the fetus in some way and avoid it. In fact, the fetus is completely protected in the uterine cavity by the amniotic membranes and amniotic fluid.

In what cases is a restriction of sexual contact required?

In some cases of complicated pregnancy, sex is contraindicated. One of the most common causes of this is bleeding and the threat of abortion in the first trimester of pregnancy – any bleeding is an alarming symptom for seeking medical help, clarifying the cause, and conducting the necessary therapy. Other reasons for the prohibition of sex during pregnancy are a shortening of the cervix, early painful contractions, a low location of the placenta, and a history of previous preterm birth.

What are the best positions to have sex during pregnancy?

During the first trimester of pregnancy, postures are not so important, since the stomach has not yet grown and does not cause discomfort. In the second and third trimesters, it is recommended to choose positions that do not put pressure on the enlarged belly. It is recommended that sex during this period be more gentle and relaxed, and the use of a condom is also recommended, as it reduces the possibility of developing infections.

Sex during normal pregnancy is not forbidden and is not a taboo topic. For this reason, it is important to provide patients with reliable information that will debunk many of the myths about and against sexual intercourse during pregnancy.