MEMF » Should we get vaccinated against cervical cancer?

Should we get vaccinated against cervical cancer? 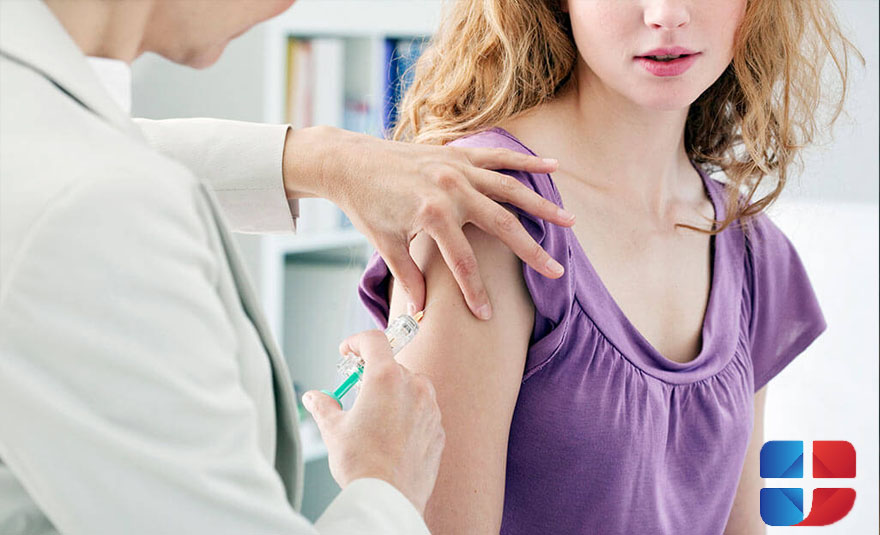 Persistent infection with oncogenic types of HPV is a prerequisite for the development of cervical cancer, which affects about 500,000 women every year and causes about 260,000 deaths worldwide.

It affects the cervix – the entrance to the uterus. It is caused by the human papillomavirus or HPV, which is sexually transmitted.

There are over one hundred types of human papillomavirus, and 14 of them are known to cause this type of cancer. Only two of them, HPV 16 and HPV 18, are responsible for more than 70% of cervical cancer cases.

They enter a cage on the surface of the cervix, where they can remain for several years without causing harm. Then, for no apparent reason, it can begin to attack the cells and cause visible changes in the body.

The goal of prevention is precisely to identify these changes, which, if detected early enough, can be successfully treated and thereby prevent the development of cancer. But in the absence of timely therapy, cancer develops and ends fatally.

Other manifestations of HPV infection include cancer of the vagina and cancer of the vulva, penis, anus, and head and neck in some rarer cases. Human papillomavirus types 6 and 11 cause anogenital warts and recurrent respiratory papillomatosis.

The HPV virus is very common and easily transmitted sexually. Half of the world’s population will be infected at some point in their lives. It can take decades before cervical cancer develops, although most people become infected shortly after they become sexually active.

Both men and women can become victims. However, infection, like the first stages of the disease, is often completely asymptomatic, and people do not even suspect that they are carriers of the virus. Currently, most women are regularly examined to see if they have any signs of infection in the form of changes in the lining of the cervix that can lead to cancer. These are the so-called smears.

Although most girls do not become sexually active before age 16, it is important that they receive protection as early as possible. The right time to do this is early adolescence, so HPV vaccination will protect them in the future. Routine immunization is recommended at age 12, when the drug is most beneficial. If it is placed after a young woman has begun to have sex, it is advisable to take a Pap smear in advance.

It is important to know that the vaccine can also be administered to older women, but it gives lower immunity, as the body becomes lazier in producing antibodies with age.

On many Internet pages, one could find publications according to which cervical cancer is not always caused by a virus and vaccination does not protect against it much, because it works against two types of human papillomavirus, and there are several of them, i.e. too early to vaccinate 12-year-old girls or that the vaccine causes autoimmune and chronic diseases and even that it can lead to infertility. It is also assumed that the drug is too new and not well understood.

But what are the facts?

In 1983, the group of Professor Herald zur Hausen identified HPV 16 DNA from cervical cancer foci, and a year later HPV 18 DNA. In 1996, the World Health Organization officially recognized the connection between the virus and this type of crabs.

HPV vaccines have been proven to protect against the two types of viruses that most commonly cause cervical cancer, 16 and 18. Their innovative design allows them to be cross-effective as well as protect against oncogenic types that are not part of their original composition.

According to the official opinion of the Global Safety Advisory Council, HPV vaccines do not contain the DNA of the virus and therefore cannot cause disease. Four years after the last safety review of 170 million doses distributed worldwide in an increasing number of countries with national immunization programs, the World Health Organization Expert Panel remains calm about the drug tolerance profile.

All clinical studies of the two HPV vaccines, bivalent and quadrivalent, demonstrate their excellent safety profile.

After their administration, only a few complaints have been registered so far, most often associated with swelling and redness at the injection site, which is a typical side effect of all other vaccines. They subside spontaneously and after a short time.

A complete list of possible side effects can be found in the package insert that comes with each pack.

Studies show that immunizing 12-year-old girls provides the most benefit from a drug that provides stronger and longer-lasting protection. Vaccination effectively prevents the development of altered cells in the cervix caused by the types of HPV included in vaccines. This applies to women who are not currently infected with these viruses.

However, they will not protect women who have HPV 16 or 18 at the time of vaccination. Also, vaccines will not protect against cancer caused by all other potentially carcinogenic types of HPV.

Existing vaccines are administered as three intramuscular injections according to the schedule for 6 months. Their use results in a protection against diseases caused by these types for at least 5 years, up to which women have been observed in the clinical trials conducted so far. These studies are ongoing, so it is not yet possible to say how long the protective effect of vaccines lasts.

Of course, men cannot get cervical cancer, they can pass HPV on to their partner. As it remains to be seen whether the vaccines will effectively protect boys or men from HPV infection, their vaccination cannot yet be recommended in Bulgaria.

The HPV vaccine reduces the risk of cervical cancer but does not eliminate it. Even if you have been vaccinated, it is extremely important to continue regular check-ups of the cervix.