MEMF » AIDS – there are 3 entrances to getting infected with HIV

AIDS – there are 3 entrances to getting infected with HIV 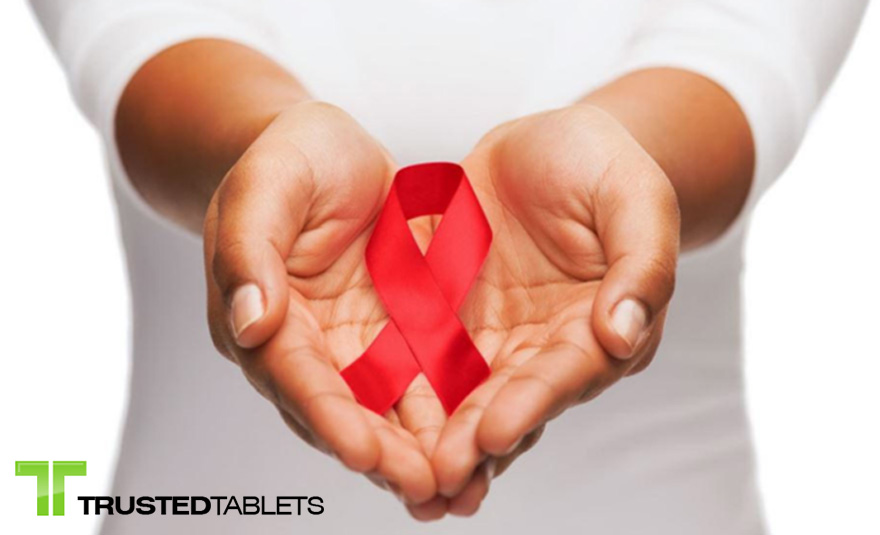 AIDS – Acquired Immune Deficiency Syndrome – is an infectious viral disease that has a very slow progression that affects the immune system. It is characterized by a long period of virus carrying followed by an irreversible phase of clinical symptoms, determined by the action of the virus itself or pathogens of other opportunistic infections, bacteria and viruses, or concomitant neoplasms in the body.

The first cases of AIDS were reported in 1979 when 11 same-sex young men were examined who simultaneously developed Kaposi’s sarcoma and pneumocystis pneumonia. The virus was discovered in 1983 simultaneously by several virologists from France and the United States. In 1986, the AIDS virus was named HIV. The HIV virus itself is part of a large group of RNA viruses. Its origin is believed to be related to the simian SIV virus that infects African green monkeys.

The causative agent is an RNA retrovirus from the family of T-lymphotropic viruses. Many different strains of the virus have been found, due to its high susceptibility to mutations. The virus nucleotide contains 2 RNA molecules and the reverse transcriptase enzyme. Its capsid contains two glycoproteins, one of which determines the specific binding of the virus to cells that carry the CD4 antigen on their surface. These cells primarily include T-helpers, to a lesser extent monocytes and macrophages, as well as microglia. There are three types of AIDS virus: HIV-1, HIV-2, and HIV-0. 9 strains of HIV-1 are known in the world: A, B, C, D, E, F, G, H, O. Double infection of HIV-1 and HIV-2 is possible. Each of these two types has subtypes.

The HIV virus is a lymphotropic and neurotropic virus. When infected, it enters the bloodstream and binds to cells to which it has tropism – the lymphatic and nervous systems. When two cells interact, their cell membrane is absorbed inside and the contents of both cells – viral and physiological – become common. With the help of reverse transcriptase, the RNA data of the virus is transcribed into many smaller copies of DNA. These small DNA molecules are incorporated into the chromosomal DNA of a normal human cell. Thus, the genome of the AIDS virus always remains in the cell, and when it divides, information enters the descendant cells. Long-term viral load is explained by the fact that when HIV cells enter T-helper cells, they can remain in a latent state indefinitely.

That’s where the mystery is. Immune deficiency is believed to develop based on the disruption of T-helper cells. These facts are confirmed by studies of AIDS patients who have a characteristic laboratory picture of lymphopenia. It also reduces the ratio between T-helpers and T-suppressors, which is the leading pathogenetic sign of the development of immunodeficiency.

T-helpers gradually die, because the virus has a very pronounced cytotoxic effect. Also, immunodeficiency is associated with the fact that the formation of non-viable multinucleated cells leads to their automatic destruction by the body. However, while this automatic “cleansing” pathway is going on, these cells have the ability to communicate with over 500 other cells and thus infect other healthy human cells.

How is the HIV virus transmitted?

At the moment, there are only three known ways, respectively, three possible front doors, to become infected with the AIDS virus. This is with unprotected sexual intercourse between hetero- and homosexual couples engaged in regular and anal sex since the mucous membrane of the anus is especially susceptible to infection with HIV viruses. Infection is possible through the blood – when blood and blood products are transfused to a healthy patient from a sick donor or through contaminated needles and syringes. Also, blood poisoning develops in intravenous drug users, especially in those who share needles, during certain medical and dental procedures, accidental injections, etc. There is a third mechanism of infection, in which the newborn receives the virus from a previously infected mother. The infection very rarely develops in utero during pregnancy, more often it is a viral infection during or after the birth itself.

What changes develop in the organs with AIDS?

This viral infection particularly affects the lymphatic system. A state of follicular hyperplasia develops, leading to total exhaustion and depletion of the lymphatic tissue. Lymph nodes are sharply reduced in number and size and can rather be defined as “burned nodes” in the pathoanatomical projection of the find. In the nervous system, damage often leads to the development of viral encephalitis, in which the main changes are found in the white matter of the brain and in the subcortical nuclei of the brain. Under the microscope, microglial nodules and multinucleated symplasts are visible, in which viral particles can be detected. Clinically, these lesions can be established as a violation of concentration, memory, and movements and the acute development of mental abnormalities. Dementia is also a common symptom.

With opportunistic infections, a severe clinical picture of recurrent infections often develops with a generalization of the process and resistance to ongoing therapy. They can develop after infection with protozoa – pneumocystis and toxoplasmosis, from fungi – candida and cryptococci, as well as viruses – cytomegaloviruses and herpesviruses. Of the class of bacteria, the most common pathogens are salmonella, mycobacteria, and legionella.