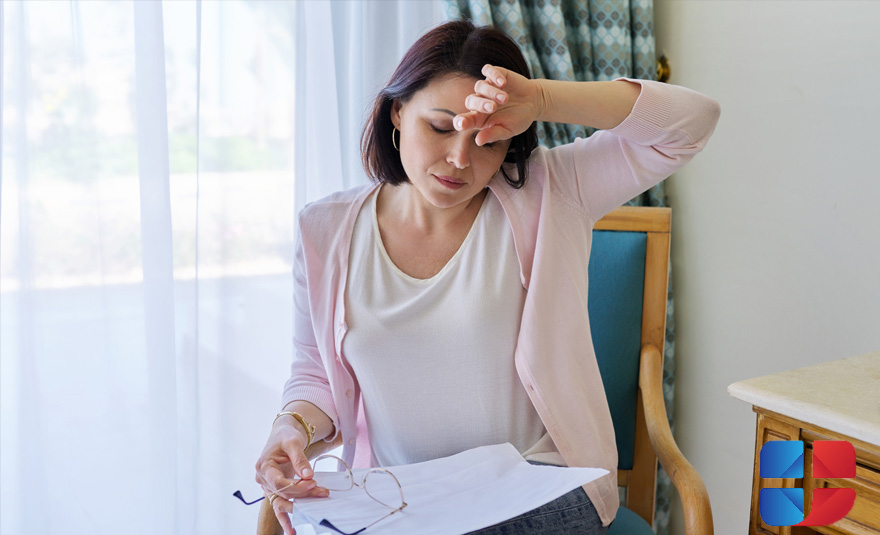 The etymology of the word “climacteric” from the English language is “climax”, after which a gradual decline begins. It is believed that this period of a woman’s life is characterized by an inability to give birth, a predisposition to diseases, aging of the body, less attention from the opposite sex, etc.

In Chinese, menopause is called “gan Nien qi”, which translates as “a period of rebirth, a new beginning.” Indeed, during this period, the personal qualities of a woman are manifested in full force.

The term “early menopause” is used for cases when it occurs before the age of 40 years. Menopause marks the end of a woman’s reproductive capacity. This is a natural phenomenon that usually occurs between the ages of 45 and 55.

Why does this condition occur earlier?

It may be due to other diseases such as premature ovarian wasting, autoimmune diseases, chromosomal abnormalities, and infections such as tuberculosis and mumps.

Other reasons may be: stress, smoking, polluted environment, inactivity, lack of sleep, genetic predisposition, and consumption of processed foods – all this disrupts the hormonal balance.

The reason is also considered strict diets and constant weight fluctuations. Too thin women often experience a lack of estrogen, because these hormones are deposited in the subcutaneous fat.

Obesity is a risk factor for the development of polycystic ovary syndrome, one of the main causes of early menopause. However, going on a strict diet is not a solution to the problem, because the lack of nutrients in the first place disrupts the functioning of the ovaries. Thus, the body saves resources, since the reproductive function is not of vital importance to the body.

The changes that occur during menopause contribute to the development of several symptoms: