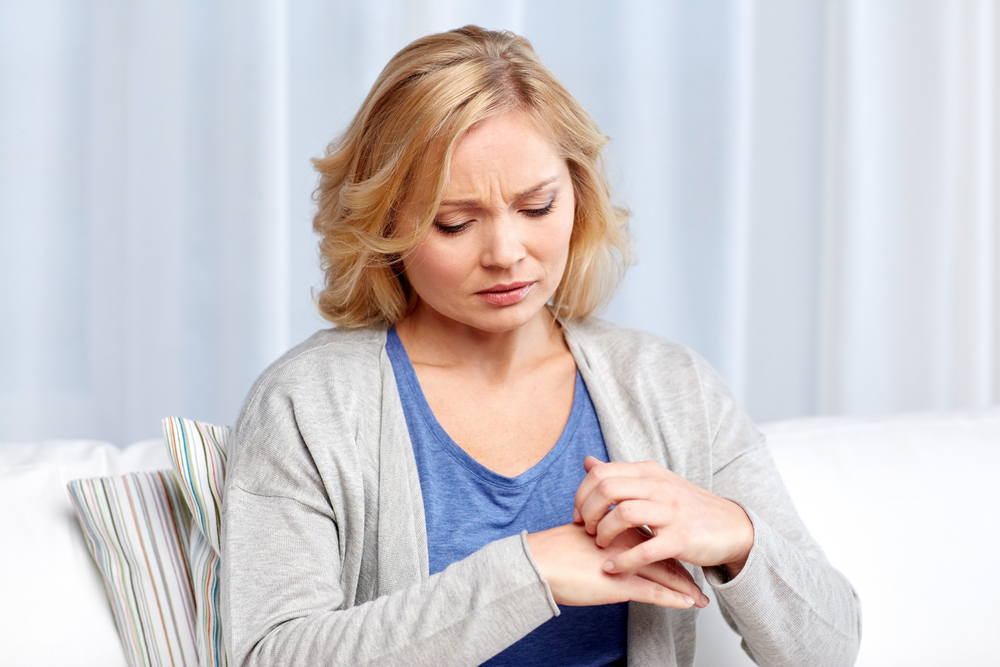 Scabies – itching increases when heated under a blanket

Scabies is an infectious disease affecting the surface layer of the skin. It is caused by a tick of the species Acarus hominins. It is characteristic that the male tick is about twice as small as the female and dies after fertilization. For her part, the female tick “pierces” the epidermis (the uppermost layer of the skin), then “digs a tunnel”, where she settles and lays 2-3 eggs daily. Within a few weeks, the female also dies.

Eggs develop into larvae by passing through nymphs, which reach sexually mature ticks within 3 weeks. Infection occurs through direct contact with a scabies patient or by sharing infected underwear.

A typical symptom of scabies is severe itching. It is characteristic that it manifests itself, especially at night, when the infected person lies down and warms up in bed. The reason is that when warming, the female comes out of the tunnels in the skin and causes mechanical irritation.

The specific lesion of certain areas of the skin, namely the interdigital folds of the hands and feet (the skin between the fingers of the extremities), the flexor surface (in the folds) of the wrists and elbows, the anterior axillary (axillary)) folds, the skin in the abdomen and ankles, the areoles of the mammary glands in women, and the foreskin – the skin covering the head of the penis. A distinctive feature is that the face and scalp remain unaffected. A typical feature is a scabious passage – a tunnel that the female “digs” to lay eggs.

The clinical picture may also include manifestations of allergy to a tick of varying degrees. An allergic reaction can be expressed only locally by skin changes in the form of vesicles (vesicles), and papules – red areas rising above the skin. Often combs lead to a secondary accumulation of bacteria — the so-called impetigo and the development of purulent processes.
So-called post-precision persistent papules are not uncommon – even after the disease is cured, rash changes persist for a longer time. This is especially true for young children.

Treatment consists of local treatment of the affected areas of the skin. The most used active ingredient is benzyl benzoate, which is available in the pharmacy chain under various brands.

Before applying the drug, the body is thoroughly washed with detergents to remove the natural greasiness of the skin. This ensures sufficiently good and safe penetration of the active ingredient into the skin. The partner, as well as relatives, should be thoroughly examined for the presence of scabies and, accordingly, if necessary, also treated.

The drug is rubbed three evenings in a row – applying from the heels to the chin, without rubbing into the face and hair. It is extremely important to carefully examine the body to see if a certain area has been missed, so another person is needed to help the victim. During this 3-day period, do not take a shower, but apply the cream to the skin only in the evening.

Clothes, including bed linen, are boiled at high temperatures. They must be washed separately from the rest of the clothes that were not worn during the infection. Underwear used during treatment is also subjected to boiling.

Timely detection of infected people and subsequent adequate treatment is extremely important for the prevention of the disease.