MEMF » Sexually transmitted infections – the most important thing for women

Sexually transmitted infections – the most important thing for women 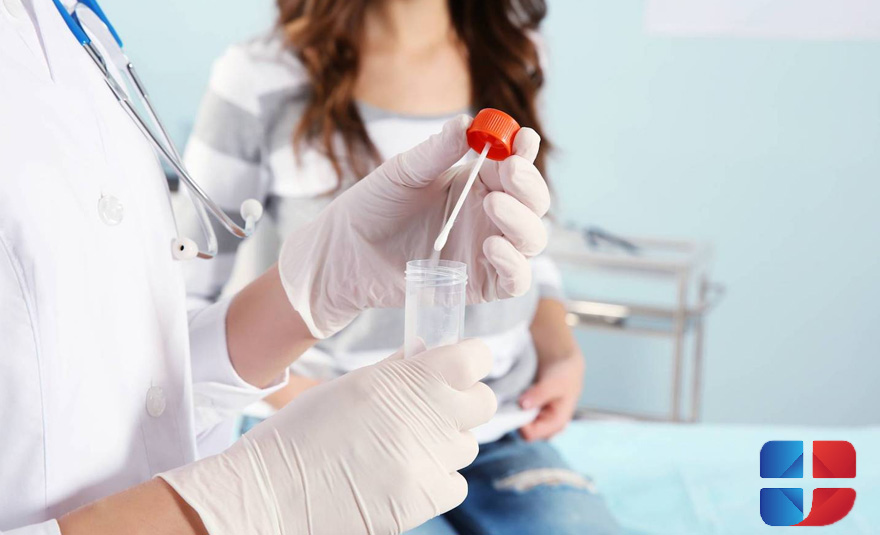 What are the symptoms of a sexually transmitted infection in a woman?

In most cases, sexually transmitted infections are asymptomatic in women. Therefore, women often suffer from chronic genital infections, which they did not suspect or do not suspect. However, with the addition of a genital infection, characteristic symptoms are already manifested, leading women to the obstetrician’s office.

Vulvovaginitis is an example of such a development. Usually, it is associated with asymptomatic infection with ureaplasma, mycoplasma, candidiasis, and other sexually transmitted infections.

The appearance of an asymptomatic infection can also be provoked by another disease, stress, decreased immunity, pregnancy…

There are also infections that appear shortly after infection. Such an example is bacterial vaginosis caused by Gardnerella, the specific sign of which is the presence of abundant vaginal discharge with a fishy odor.

An infection of the female genital organs can also be indicated by bleeding between periods, painful periods, their delayed or earlier onset.

When do vaginal discharges indicate the presence of infections?

Vaginal discharge is not a sufficient indicator of infection. Normally, it should be present, as it provides comfort during sex, and also provides a certain barrier against microorganisms.

Abundant discharge is also not an exact sign and is a subjective indicator. Abundant discharge, for example, can be associated with the onset of ovulation, and in some women – with an increased, but normal level of estrogen.

It is possible to suspect infection when a non-specific odor and/or non-specific color change occurs – yellowish, greyish, greenish, or brownish. Otherwise, a change in color from transparent to whitish and consistency depending on the period of the menstrual cycle is a normal phenomenon. After ovulation, it usually becomes whitish and more sticky, during ovulation it is mucous and transparent. Next to her, she is poor.

If, according to the woman, unusual vaginal discharge is accompanied by other complaints, such as itching, discomfort during sexual intercourse, etc., an examination by a specialist and tests should be carried out.

A sexually transmitted infection can have the opposite symptom – vaginal dryness. Usually, women do not pay attention to this symptom and consult a doctor after some time or in case of discomfort during sex. Vaginal dryness is usually a sign of a chronic sexually transmitted infection unless it is associated with another problem (pathologically low estrogen levels or menopause). In this case, again, additional signs, such as color and smell, different from the usual ones, can lead a woman to think about an ongoing vaginal infection and the necessary examination by a specialist. This is the most appropriate thing to do because untimely treatment of vaginal infections leads to more serious and unpleasant complications.

What complications can an untreated or late-treated vaginal infection cause?

In the absence of treatment, the infection “climbs” up, enters the uterus, and the inflammatory process covers its growths – fallopian tubes and ovaries (adnexitis, salpingitis, salpingo-oophoritis). Then a high temperature and a feeling of general fatigue develop.

The insidiousness of this type of infection is that they usually lead to adhesions. Uncured chlamydial infection has such consequences. Adhesions can involve pelvic organs. It causes constant pain in the lower abdomen and is one of the main causes of infertility in women. The presence of adhesions in the tubes can also cause an ectopic pregnancy, which is a particularly risky problem and can be dangerous for life.

Other chronic infections, not identified in time, but the pregnancy occurred, can cause spontaneous loss of the fetus or premature birth. Such ureaplasmas and mycoplasmas

Can we consider ourselves fully protected with safe sex and good prevention?

The truth is that no prophylactic method gives 100% guarantees of protection against venereal diseases. Infection can occur even when using a condom, in which there is a risk of transmission of papillomaviruses and genital herpes.

In all cases, regular visits to the obstetrician-gynecologist and the necessary tests have a beneficial effect on women’s health. For a sexually active woman, such examinations should be appointed 1-2 times a year.

What mandatory procedures are carried out during inspections?

They conduct an examination of the genitals, a manual examination, and a collection of microbiological examinations. A laboratory test for the detection of infectious agents is recommended to be carried out by the polymerase chain reaction method, which is considered more sensitive, and when bacteria are registered, a sensitivity test to antibiotics is also carried out.

It is recommended to take tests for strains of the human papillomavirus and chlamydia. At the doctor’s discretion, tests for myco- and ureaplasma, as well as TORCH-screening, including a test for the presence of antibodies against cytomegalovirus, herpes simplex, rubella, and toxoplasmosis, may be prescribed. The latter is desirable when planning a pregnancy.

Treatment depends on the type of infection and disease. Mandatory control test after the course of treatment for confirmation of ego results.